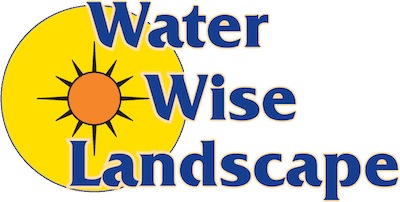 Water Wise Landscape provides only the best landscaping services to clients in all the areas we cover. We have an unparalleled reputation in all the locations we service. You can check the list below to see if you service your location. For any other concerns, you can contact us directly through phone.

Palm Desert is a center of growth in the Palm Springs area, and a popular destination for people who wish to move away from the coasts and urban centers of California. The area is known for its affordable but high valued home prices.

La quinta is a resort city famed for its Santa Rosa Mountains, which are nestled against the golf course and easily seen from nearby areas. Golfers also flock to the area because of the world-famous PGA West Golf Complex located in the city.

Thousand Palms is a regular destination for tourists due to the number of attractions in the area, whether they prefer outdoor activities such as boating and water sports or a theme park. It's an area full of hustle and bustle, and a place where great landscaping will be appreciated.

The town’s name derives from ‘Cathedral Canyon’ to the south of the town, so named in 1850 by Colonel Henry Washington because its rock formations were reminiscent of a cathedral. The city itself started as a housing subdivision in 1925, but was not incorporated until 1981. The city grew 4-5 times in two decades. Locals gave it the nickname ‘Cat City,’ short for Cathedral.

The city hosts the Indian Wells Masters—now known by its current sponsorship name of BNP Paribas Open—one of the nine tournaments in the Masters 1000 of high-level events operated by the Association of Tennis Professionals.

Rancho Mirage has twelve golf courses, also known as country clubs or golf resorts. The city's first resort was the Thunderbird Guest Ranch, opened in 1946 for entertainers and business clientele.

Indio is a city in Riverside County, California, United States, located in the Coachella Valley of Southern California’s Colorado Desert region. The word Indio is Spanish for Indian.

Coachella landscape ideas are important because there is no one-size-fits-all landscape design. Properties and its residents will benefit from a landscape designed around the region's specific climate. For the Coachella Valley, the climate is warm all year round, and in most areas can be prone to dusty and dirt build-up.

Desert Hot Springs, also known as DHS, is a city in Riverside County, California, United States. The city is located within the Coachella Valley geographic region, sometimes referred to as the Desert Empire.

Banning is a city in Riverside County, California, United States. The population was 29,603 at the 2010 census. It is situated in the San Gorgonio Pass, also known as Banning Pass. It is named for Phineas Banning, stagecoach line owner and the “Father of the Port of Los Angeles.” Banning has a western neighbor, the city of Beaumont, which shares geographic and regional features.

Carlsbad is an affluent seaside resort city occupying a 7-mile stretch of Pacific coastline in North San Diego County, California. The city is located 87 miles south of Los Angeles and 35 miles north of downtown San Diego. Referred to as The Village by the Sea by locals, Carlsbad’s Mediterranean climate attracts visitors year-round to its quaint hotels and five-star luxury resorts.

Palm Springs became a fashionable resort in the 1900s when health tourists arrived with conditions that required dry heat. In 1906 naturalist and travel writer George Wharton James’s two volume The Wonders of the Colorado Desert described Palm Springs as having “great charms and attractiveness”:278–281 and included an account of his stay at Murray’s hotel.

San Marcos is a city in the North County section of San Diego County, California. As of the 2010 census, the city had a total population of 83,781. Outside the San Diego region, it is best known as the home of California State University, San Marcos.

Temecula has a Mediterranean climate. August is typically the hottest month of the year with December being the coldest month. Most precipitation occurs from November to March with February being the wettest month. Winter storms generally bring moderate precipitation, but strong winter storms are not uncommon especially during “El Niño” years.

San Diego is a major city in California, on the coast of the Pacific Ocean in Southern California, approximately 120 miles south of Los Angeles and immediately adjacent to the border with Mexico. San Diego is the eighth largest city in the United States and second largest in California and is one of the fastest growing cities in the nation.

Oceanside is a coastal city located on California’s South Coast. It is the third-largest city in San Diego County, California. The city had a population of 183,095 at the 2010 census. Together with Carlsbad and Vista, it forms a tri-city area.

Coachella Valley is a large valley landform in Southern California. The valley extends for approximately 45 miles (72 km) in Riverside County southeast from the San Bernardino Mountains to the saltwater Salton Sea, the largest lake in California.

Del Mar is an affluent beach city in San Diego County, California. The population was 4,161 at the 2010 census, down from 4,389 at the 2000 census. The Del Mar Horse Races are hosted on the Del Mar racetrack every summer. Del Mar is Spanish for of the sea or by the sea, because it is located on the Pacific Ocean.

ncinitas is a coastal beach city in San Diego County, California. Located within Southern California, it is approximately 25 miles north of San Diego in North County and about 95 miles south of Los Angeles. As of the 2010 census, the city had a population of 59,518, up from 58,014 at the 2000 census. The largest single industry in the city is the growing of ornamental flowers, particularly poinsettias.

La Jolla is an affluent neighborhood in San Diego, California. It is a hilly seaside community, occupying 7 miles of curving coastline along the Pacific Ocean within the northern city limits. La Jolla had the highest home prices in the nation in 2008 and 2009; the average price of a standardized four-bedroom home in La Jolla was reported as US $1.842 million in 2008 and US $2.125 million in 2009.

“Hudson Hale and his crew at Water Wise Landscape were the most creative, professional, clean, and personal contractors I have worked with yet. Hudson totally understood my vision for the back yard, and created a dream yard for me that far exceeded my expectations. I’m just thrilled with the outcome. I would highly recommend Water Wise Landscape.”
Beth L.
“Hudson called promptly to set up an appointment, showed up to my house on time to evaluate my problem garden project. Rather than sell me a backyard full of new sod, he told me that it would just have to be replaced again in a few years. He recommended that I simply fertilize the lawn more frequently and told me what products to use. Then he fertilized the lawn when he said her would, even though he doesn’t usually do such small jobs. He is every honest and truly helpful.”
Jeanette J.
“Water Wise did a great job for us. The owner came up with a good design based on our input, delivered their services as committed and completed the job in less time than estimated. The owner is very personable and extremely professional. His deep knowledge of horticulture and the desert environment helped us substantially. Cost for the products and services was reasonable and the entire experience was really great. We will use them again and we recommend them to others.”
John R.
Previous
Next
WRITE A REVIEW 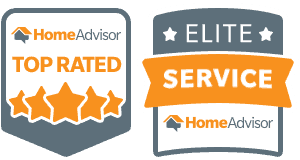 Call For a Free Consultation

Or Send Us a Message

Find Us on Google